Back to main Blog

With the wild success of TikTok, and Instagram Reels rolling out shortly after, YouTube is jumping on the train too. YouTube Shorts are YouTube’s short-form video feature, which will live on the YouTube app to compete with TikTok and Instagram Reels. Last September, the beta feature was tested in India, and allowed users to view and create their own 15-second videos with music overlays. Even before it was officially launched, it saw great performance in India, with India-based Shorts receiving 3.5 billion cumulative daily views.

After the success of Shorts in India, it has already begun rolling out in the US. Shorts beta will be officially fully released in the US throughout March. There’s no status on a global rollout, but depending on its performance in the US, it will likely expand to more countries later in the year. 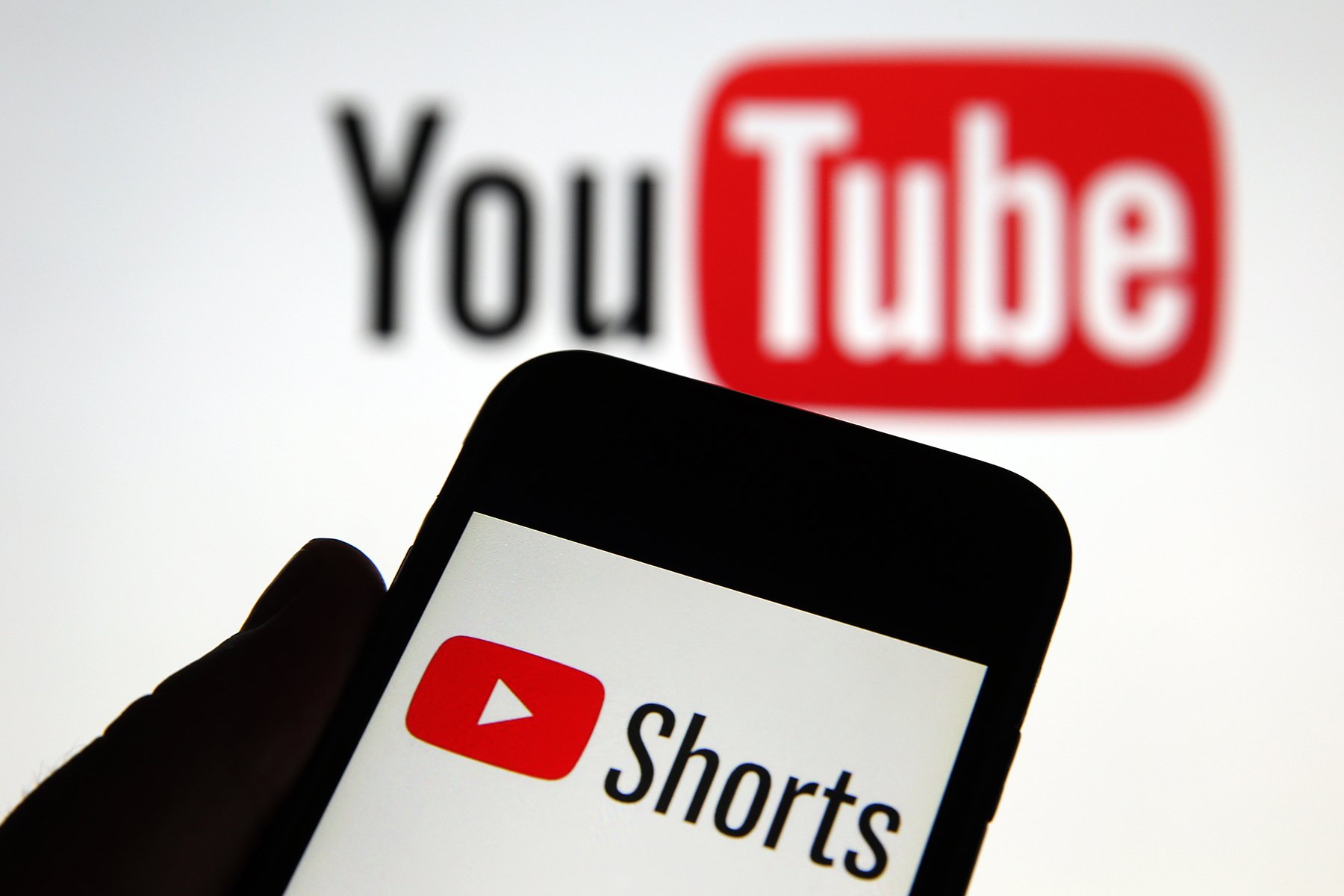 While the feature isn’t fully available to the public yet, marketers should start considering how to take advantage of this feature and how it will affect their social media strategy. YouTube’s platform already has 2 billion active users, so it could be a great opportunity to capitalize on an audience that is already on that platform.

While short-form video content continues to grow in popularity, it’s difficult to predict which one will come out on top and which ones will struggle to engage people. YouTube Shorts could also change before it fully launches on a global platform. However, YouTube is already home to many brands, and has been for years, so exploring the new feature is definitely worth your time.

YouTube has been a wildly successful platform for many content creators, and they have adapted to YouTube’s ever-changing algorithm. Statista reported that the average length of YouTube videos is 11.7 minutes. YouTube is using YouTube shorts to allow creators to grow a community through a new vertical, and engage with their audience in a way that they couldn’t before (at least within the YouTube app).

When Shorts finally rolls out for all users, creators will be able to create them by going to their home screen and tapping the “+” icon, and selecting “Create a Short”. See the image below for an example in the app.

After you click “Create”, the interface will be very similar to Instagram Stories, in that it allows users to:

YouTube has stated that it plans to expand the features mentioned above, but here is a screenshot of what the platform currently looks like: 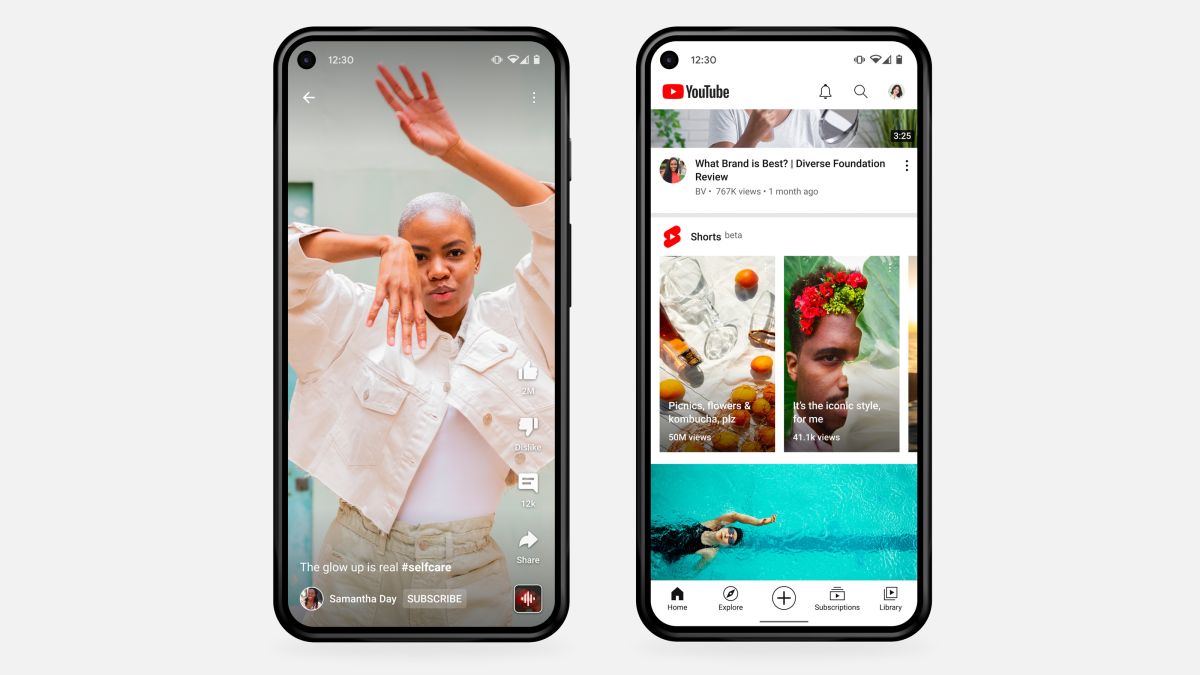 YouTube has already had a section on the mobile app where shorter videos have been living, for a few months now. This was likely testing out how users would use and interact with the shorter content and where it lived, before officially launching Shorts. Recently, YouTube has added a dedicated place for the Shorts feature to live on its homepage where you can view Shorts created by beta testers in addition to short videos that YouTube already has on the platform.

Shorts can be “liked” or “disliked”, and users can comment on the video. If they want to see more from the creator, users can “subscribe” to the creator. Similar to TikTok or Instagram Reels, after the user is finished watching the Short, they can swipe up to see more Shorts from various creators.

How Is Shorts Different From Competitors?

As a marketer, or even just a user of social media platforms, it can be tiring seeing new features show up on every single platform, as it seems like there is always something new to learn and use. With so many options, it can be understandable to wonder if you should use YouTube Shorts, TikTok, or Instagram Reels, or a mixture of all three. While the feature is something similar users have already seen on other apps, YouTube Shorts are still worth using and watching.

One of the best parts about YouTube introducing short-form videos is that it already has an established user base. You don’t need to convince your target audience to follow you on a new platform, they can just find you on the one that they already have - YouTube. You may even already have a solid subscriber list to utilize. Additionally, if you already make content on YouTube, you can repurpose some of that content into short-form videos, or make new videos that are related to your older content.

2. Most Brands Can Utilize Shorts

TikTok is somewhat associated with Gen Z, and younger users in general. While we’ve already discussed that it is not only for younger people, (check out our blog here!) it still has that association with the app which may cause other demographics to feel out of place or uncomfortable using the app. Some brands, mainly B2B companies, might have a more difficult time trying to create content and build an audience on TikTok. However, YouTube is not only incredibly popular with young adults, it’s well-known to people of all ages and demographics. The platform is established enough that it doesn’t have a specific age range associated with it and makes it more accessible for businesses.

You may remember very recently when TikTok was threatened multiple times to be banned or regulated. While there are no guarantees, it’s much less likely that something similar would happen to YouTube, as the platform has already been around since February 2005. This is important for marketers because if you create tons of content and strategies for a platform only to know that it might be banned or regulated, it can be very frustrating.

Unlike Instagram Stories and Reels, Shorts don’t expire after 24 hours, they will still live on the app after that time period. This could help content creators grow their audiences and get the most use out of their content.

While Shorts isn’t publicly rolled out yet, it’s not too early to consider how you can implement it into your social media strategy. Here are a few tips to get you started:

If you’d like to get the latest marketing news and trending topics directly in your inbox, subscribe to our newsletter below.

From Fortune 50 clients to budding start-ups, we work with businesses that have the desire to stand out and provide the best value for their clients.